Find here the message from our CEO

The Management Board, supervised and advised by the Supervisory Board, manages ASMI’s strategic, commercial, financial, and organizational matters, and appoints senior managers. The Supervisory Board supervises and advises the Management Board in the execution of its tasks and responsibilities and establishes their individual remuneration within the boundaries of the remuneration policies approved by the Annual General Meeting of Shareholders and the recommendations by the Nomination, Selection and Remuneration Committee. 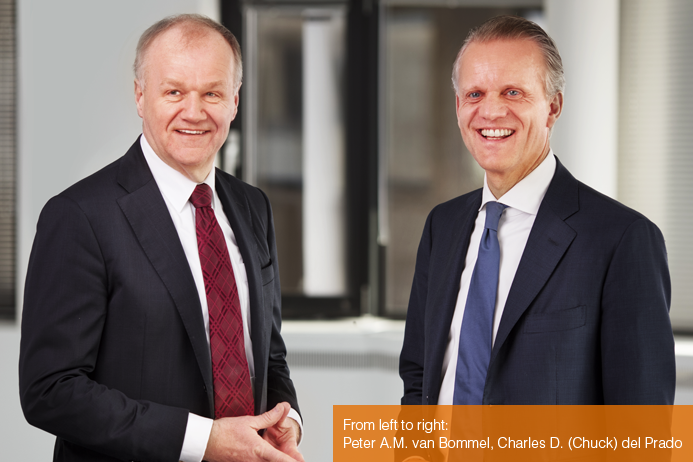 COMPOSITION OF THE MANAGEMENT BOARD

Mr. del Prado was appointed as a member of the Management Board in May 2006 and President and Chief Executive Officer on March 1, 2008. Mr. del Prado was reappointed on May 21, 2014 for a period of four years. Between 1989 and 1996, Mr. del Prado held several marketing and sales positions at IBM Nederland NV. From 1996 to 2001, he worked in various management positions at ASML, in manufacturing and sales in Taiwan and the Netherlands. He was appointed as Director Marketing, Sales & Service of ASM Europe in March 2001. From 2003 to 2007, he was President and General Manager of ASM America. From January 1, 2008 to February 29, 2008, he acted as Executive Vice President Front-end Operations at ASM America. He holds a Master's of Science degree in Industrial Engineering and Technology Management from the University of Twente, the Netherlands. Mr. del Prado is a Dutch national.

Mr. van Bommel was appointed as a member of the Management Board on July 1, 2010 and became Chief Financial Officer on September 1, 2010. Mr. van Bommel was reappointed on May 21, 2014 for a period of four years. Mr. van Bommel has more than twenty years of experience in the electronics and semiconductor industry. He spent most of his career at Philips, which he joined in 1979. From the mid-1990s until 2005, he acted as CFO of several business units of the Philips Group. Between 2006 and 2008, he was CFO at NXP, formerly Philips Semiconductors. He was CFO of Odersun AG, a manufacturer of thin-film solar cells and modules until August 31, 2010. He holds a Master's degree in Economics from the Erasmus University Rotterdam, the Netherlands. Mr. van Bommel is a Dutch national.

The Management Board provides the Annual General Meeting of Shareholders with all information required for the fulfillment of its obligations and the exercise of its powers in a timely fashion. The Management Board is responsible for the quality and completeness of financial and other reports that are publicly disclosed by or on behalf of the Company, including all reports and documents the Company is required to file.